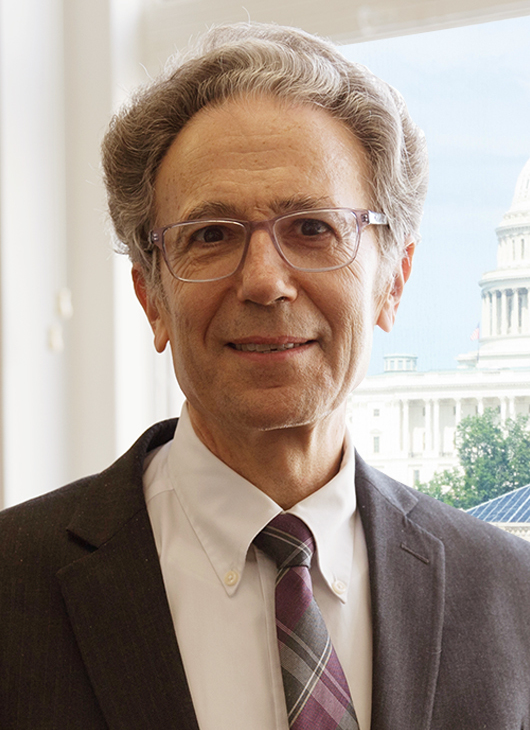 Michael Pack is an American documentary filmmaker who was CEO of the U.S. Agency for Global Media (USAGM) from June 2020 to January 2021. Pack was nominated by President Donald Trump and took office at USAGM in June 2020 after Senate confirmation. He resigned on January 20, 2021 at the request of President Joe Biden, effective at 2:00 p.m., two hours after Biden took office.

Pack founded Manifold Productions, a documentary film company, in 1977. He later served as an executive at the Corporation for Public Broadcasting and as CEO of the Claremont Institute, a conservative think tank.

Pack's short tenure as head of USAGM was characterized by NPR as a series of "crises." Pack fired the heads of the news outlets under USAGM's purview and installed Trump loyalists in the positions. He disbanded a bipartisan board that oversees the USAGM and spent millions of taxpayer dollars on law firms to investigate journalists for purported bias against Trump. He rescinded rules at USAGM that protected journalists at Voice of America and other affiliates from political interference. Provided by Wikipedia
Showing 1 - 1 of 1 for search: Pack, Michael
Search Tools: Get RSS Feed — Email this Search —